The Brewarrina Fish Traps, or as they are traditionally known Baiame’s Ngunnhu, are a complex network of river stones arranged to form ponds and channels that catch fish as they travel downstream. Known as one of the oldest human-made structures in the world, the traps are located in the Barwon River on the outskirts of Brewarrina.

The fish traps reflect an ancient genius in the simplicity of their design, which was adaptable to the seasons and changing water levels. The fish traps work by using stone walls to guide fish that are swimming upstream into the holding ponds where the Aboriginal People traditionally caught them with their bare hands, used their spears or blocked them in ponds to be caught later. According to Aboriginal tradition, the ancestral creation being, Baiame, created the design by throwing his net over the river and, with his two sons Booma-ooma-nowi and Ghinda-inda-mui, built the fish traps to its shape. But according to oral history, the fish traps (and the technology behind them) were inspired by nature—by the pelican, with the traps acting like a pelican’s beak to scoop fish out of the water.

The creation of the fish traps, and the Aboriginal Lore governing their use, helped shape the spiritual, political, social, ceremonial, and trade relationships between Aboriginal groups from across the greater landscape. The fish traps were an important site of food production, work, trade and consumption.

In the 1920s, townsfolk at Brewarrina loaded carts with stones from the fish traps to use for foundations of buildings in the town. A weir completed in the 1970s damaged some of the traps and altered the sediment flows and ecology of the river. Native fish could not pass through the weir’s steep fishway. Despite over 160 years of destruction and loss of traditional management and maintenance, substantial elements of the fish traps and their significance to Aboriginal people survive. Today, Aboriginal people in the region continue to use, maintain and care for the fish traps. 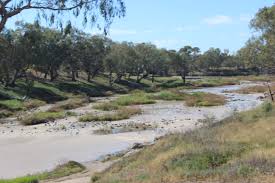 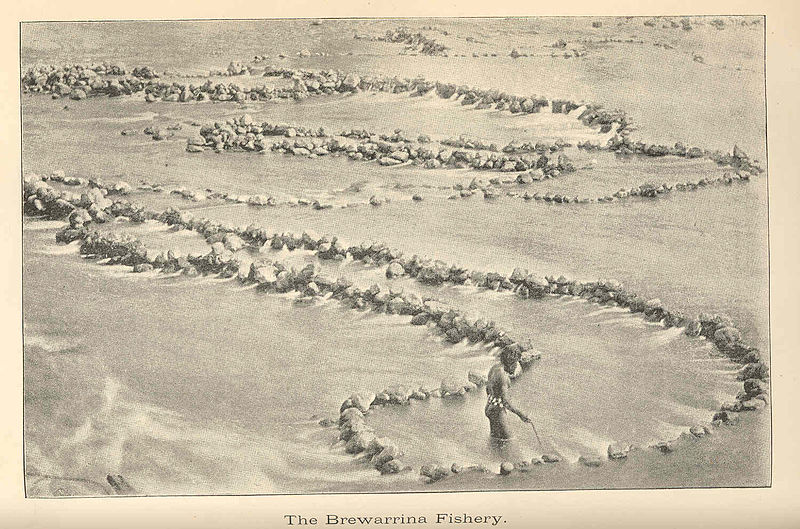